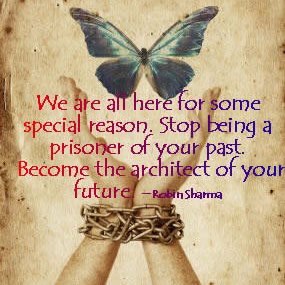 My  devotional reading this morning was as powerful as it was simple, reminding me of the  two days I never have to worry about: YESTERDAY and TOMORROW. The key phrase was insightful:

This phrase reminds me of the title of the 1967 Moody Blues Album: “Days of Future Passed,” with the hauntingly beautiful “Nights in White Satin” and upbeat “Tuesday Afternoon”. 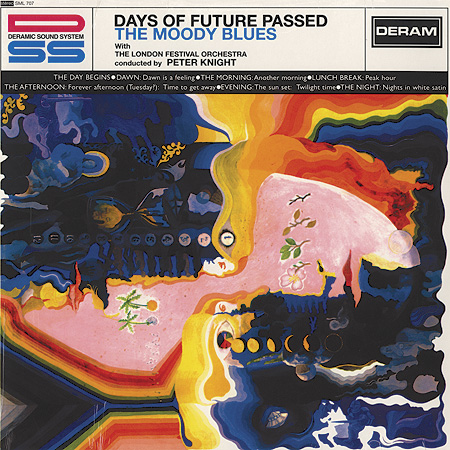 Not only did it break new ground as a ‘concept’ album symphonically recorded and lived out in one magical day, it actually helped relieve my anxiety and depression during my early 70’s college years. I can now say, growing one day at a time in sobriety and serenity, that anxiety about the future or depression from the  past are merging into a grateful present. By the grace of God,  lived out in active recovery, these are the days in which the future has passed into the present.  I am learning to live more fully in the present with child-like-faith-and-wonder! I can remind myself that the roller coaster of unbalanced mental and emotional chaos is directly related to the amount of time I choose to live in the past or future? 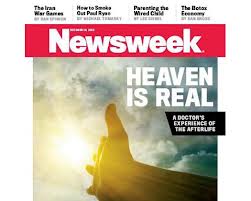 Yesterday my friend gave me a copy of the recent “Newsweek” magazine where the front cover and lead story are about the REALITY of Heaven, written by a doctor who was clinically dead and went ‘beyond and back.’  One of my favorite, and life-changing parallel accounts is Rebecca Ruth Springer’s “Within Heaven’s Gates,” recounting a very similar (eternal) experience. 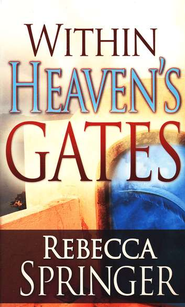 I believe one of the greatest blessings of heaven will be the absence of time, living in the eternal moment—always in the present—always NOW. I have experienced a fleeting taste of such timelessness during a high point in worship, or from an inspirational work of art, or lost in a conversation with a friend. My God is the great I AM! This is “The NOW, not Yet.” To be in the presence of God is to be released from being held hostage to time. The two days I do not have to worry about, learning to place them in the hands of my LOVING GOD, are YESTERDAY and TOMORROW. But just giving God my problems and dirty laundry for cleaning is not enough. He gives me the desire and strength to place my entire being in His loving hands. 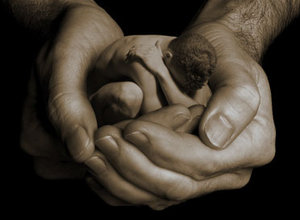 I also know that when I finally take time to read, mark, learn and inwardly digest the living bread of my daily reflections, the Spirit often uses them to feed others. Why do I forget this so often??? This morning I briefly stopped by the men’s recovery housing unit and ran into a client I had come to know a little better this past summer, teaching him and others in recovery the mechanics of wheel thrown pottery. As we spoke, he was filled with anxiety. He is graduating soon but has no place to go or any plans for the future. He was blaming the very system that freely gave him many months of room and board and the opportunity to begin a new life. I was able to listen to him, read him the opening phrase from my devotions, sharing how God has and is working in his life the way He is in my own. I mentioned a few names of past clients he knew that had transitioned successfully to the outside and assured him that I would ask a recovery friend who just bought a new home and is looking to rent out the furnished basement. He was listening and encouraged, even though it was simply ‘one beggar telling another beggar where to find bread.’ 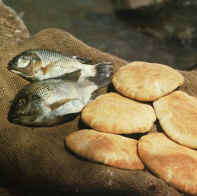 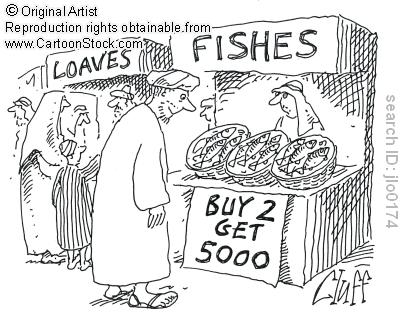 Nothing is wasted . . .everything is recycled in the Hands of an awesome, loving God! The sins of our past, causing anxiety for our future, are not multiplied! They are washed away through the blood of the cross, the empty tomb and a Savior that lives with us in real time now and eternal time then! This recycled, too good to be true existence is our for the taking—ours for the asking,helping us replace our anxiety and depression with a Living Hope! 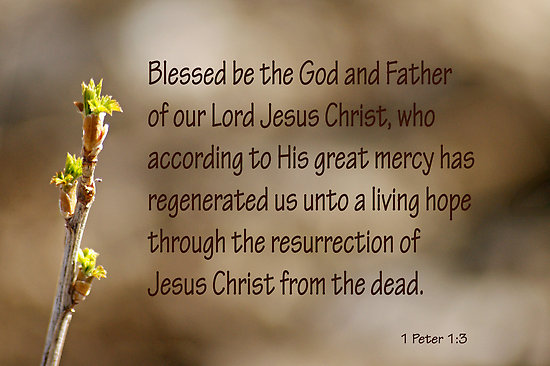 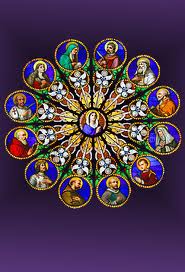 What or Who is a Saint????  I believe the understanding of this simple question is foundational for knowing and growing into all that we can be. When I was growing up, my Roman Catholic School friends always got All Saints Day off and could stay home and eat all their candy and bounce off the walls! That didn’t seem fair, and we came by our name  ‘protestants’ quite rightly!

But the BEST definition of a saint that I have ever heard comes simply from the Scriptures: A TRUE SAINT IS A FORGIVEN SINNER. There’s never any talk in the Bible of this person or that person being a saint because of one or two miracles done in their lifetime, or some stigmata or bleeding from their hands or eyes or feet. New Testament writers like Paul would often say to church members who received his letters: “Greet the saints that meet in your home.” That’s it. And, since we’re going to reference the Scriptures, here is the original Greek word ‘saint’ as it’s used in context:

The English word “saint” is a translation of the Greek word “HAGIOS.” Meaning, “saint, or the set apart one.” HAGIOS is usually used to refer to believers and is usually translated “saint.” It is found 233 times in 221 verses in the New Testament. It actually means, “the set apart ones.” 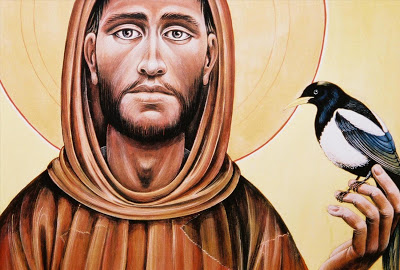 St. Francis is a great example, as well as all the forgiven sinner/saints of the Bible, church history and the history we are making today. He was wealthy wild child, well off, like Augustine 700 years earlier, both sewing their wild oats and eventually being touched by God’s grace. They were no longer able to run away, held captive by His love, hearing his voice of forgiveness and healing…….and the rest is history……. 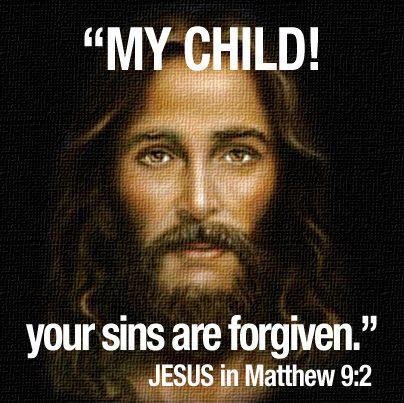 Now we call them St. Augustine and St. Francis, but they are human beings like us, totally among the people, living and loving them, build up the body of Christ, the church. We must careful not to set others up so high that we cannot be like them, being used by God as they were.

Let me give you two examples from my past ministry. We had just finished our third phase of building a beautiful 500 seat sanctuary with stadium seating, large visual screens and a great sound system. There were almost a hundred rectangled windows of all sizes throughout the massive sanctuary that allowed the light to flood in. How beautiful it would have been for these windows to be stained glass, but the cost was prohibitive. But I had an idea, perhaps a bit crazy but a great teaching lesson. Since we had just completed a new Church Pictorial Directory of all the members, I knew there was an inexpensive process whereby we could take a member’s picture and enlarge it unto a plastic coated sheet that could be placed on one of the church windows! Wow! That’s the best definition of a living saint: “One that allows the LIGHT to shine through.” 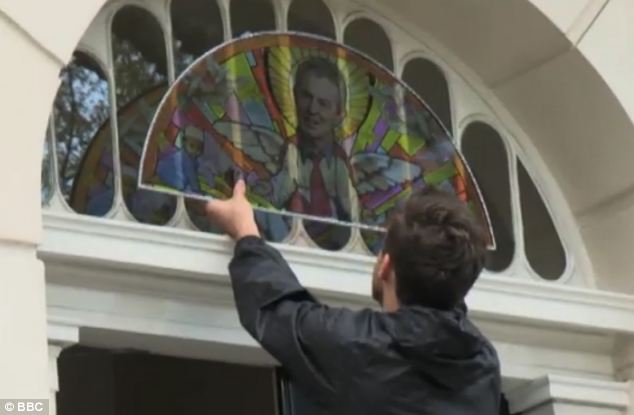 Well, I know most of the members thought I’ve had better ideas….plus, it was so telling. As I brought up the concept with some of the leaders, the question arose: “Well, which members would get to be on the larger windows and which would occupy the smaller ones?” Yes, I guess was opening an ecclesiastical can of worms. I suggested that the greatest leaders in the church would occupy the smallest windows as the servants of the others……..I think that kind of put the kibosh on the whole thing! (that was not unlike the discussion when we became one of 5 churches supporting the Christian School across the street from our church. When asked how much more money should the non-church-members pay for their children to attend, my response was: “We should allow non church members to attend free, as a witness and outreach to them, and church members would pay for the school’s operating costs.”)  Yes, that also went over like a lead zeppelin! I’m amazed I lasted 15 years as the Senior Pastor ;-)…..but it was a great church and God richly blessed it. 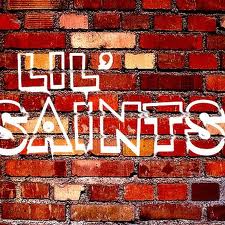 The last story and perhaps best understanding of what a true, living saint is came during a children’s message one Sunday morning beneath the marble altar. We were given a large, beautiful marble altar from a former Catholic worship center after an evangelical outreach church came in and did not want it there. The only ‘cost’ for us would be moving the four pieces of the altar, each weighing over 600 pounds. It took all day but it fit perfectly into the sanctuary, a sacred piece that is still there ‘blessing’ the congregation. When moving the altar, we noticed a foot square half inch thick marble plate in the top center of the altar. We were told that was a sacred space to keep relics of the saints.  Hmmmmmm….that’s interesting. So, on our altar dedication Sunday, during the Children’s Message, I asked each child to pull off a piece of their hair, just a strand, and place it in the plastic bag I held out. I then placed this bag beneath the square marble cover, teaching them all the true meaning of saint: A saint is a forgiven sinner—We are all saints! And now this future church will be proud owners of true ‘relics’ of the saints! 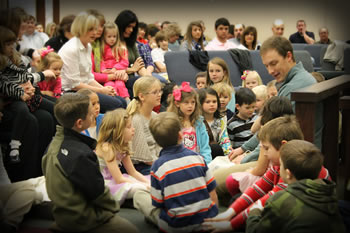 That was many years ago…..I wonder if that bag is still there….and if it is, will anyone remember?????? 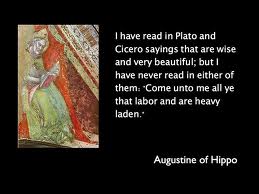