What Is the MOST IMPORTANT THING I Can Write??? 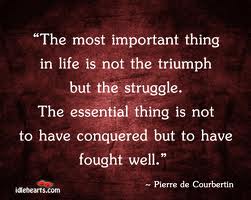 There’s lots of advice out there, and I intersperse a bunch of graphics here to hear what others think is most important: 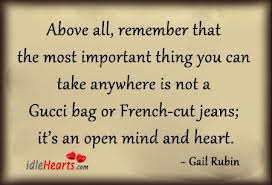 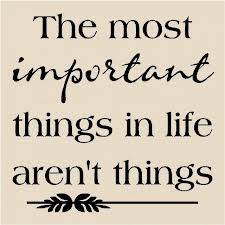 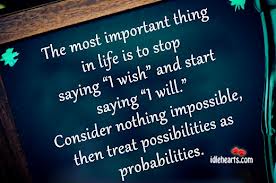 And this all goes back to ‘divine presence’ and the ‘God-moment’ and ‘nothing happens by accident’ and so many other statements that many claim as their most important things.  Right up there in my life’s order of ‘most importants,’  is believing that ALL THINGS, not just some things,  do work out for the good—even though this may not always be for the present good but the ETERNAL GOOD.  The most important thing for me is that with the grace and love and power of what anyone may call ‘God,’ and what I call God in Christ, is that the walking wounded can become the wounded healers. This is my life’s mantra, as many already know. It is not unlike the truth that ties all these truths together:  Our worst days can become our best days.  God truly does recycle ALL THINGS. We will never be what we used to be, because that transforming power is willing and able to take everything and make a brand new creation!  I believe that power even gives us the desire to desire it. We can become BETTER rather than BITTER; enjoying a life of gratitude rather than one of ongoing complaint. 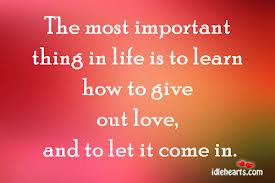 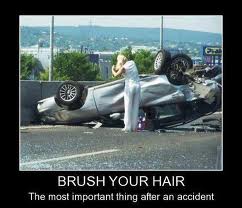 So where does the power come from to believe all this? I can only share what I believe and have personally experienced.  Many believe in their heart or soul that it comes from deep inside of them, and who am I to disagree with how the spirit in them is teaching them? I can honestly say when I have compared life-notes with hundreds and even thousands of others in the past 59 years, a majority of them point to a Power greater than themselves. They speak of a God that is TOTAL LOVE, unconditional love, even during difficult times when life is harsh and refuses to be resolved by simple answers. There is a strong, powerful light that shines through the worst of times, and perhaps then most brightly. 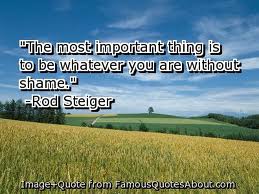 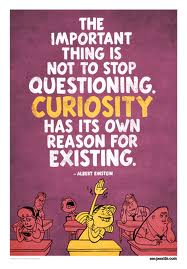 I’ve heard it stated a number of times that all living beings think about death, or their death, on a daily basis.  Even if this is an exaggeration, our own mortality is not an infrequent thought.  In light of this, the most important thing I can write is that I believe the best part of me—my soul—will live forever. And perhaps more important for this day, is that a taste of that ‘foreverness’ begins NOW and goes on into eternity. When I am plugged into the presence and source of God’s love, connected through prayer, or thought, or whatever ritual and posture works best, it is then I am most real and eternal. 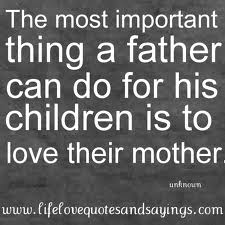 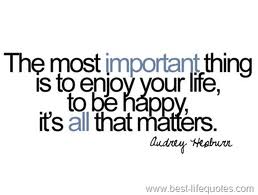 This brings me back to the challenge of this writing exercise.  I can’t write for anyone else but myself.  I can allow God’s light and love to shine through me because I have received that from others.  But perhaps all this talk about what’s most important is a bit much. If truth be told, perhaps the most important thing for me to write this week is to write nothing, to let go and not feel I have to write at all! That could be freeing;  that could be my ‘most important thing.’  This reminds me of a few simple truths in closing: 1) Sometimes the most spiritual thing I can do for myself is to get eight hours of sleep; 2) The religion of the Dali Lama is KINDNESS. Though some might not agree with this religion, what good is any religion or faith tradition if in the end it does not produce the fruit of love and kindness towards others—the most important thing. 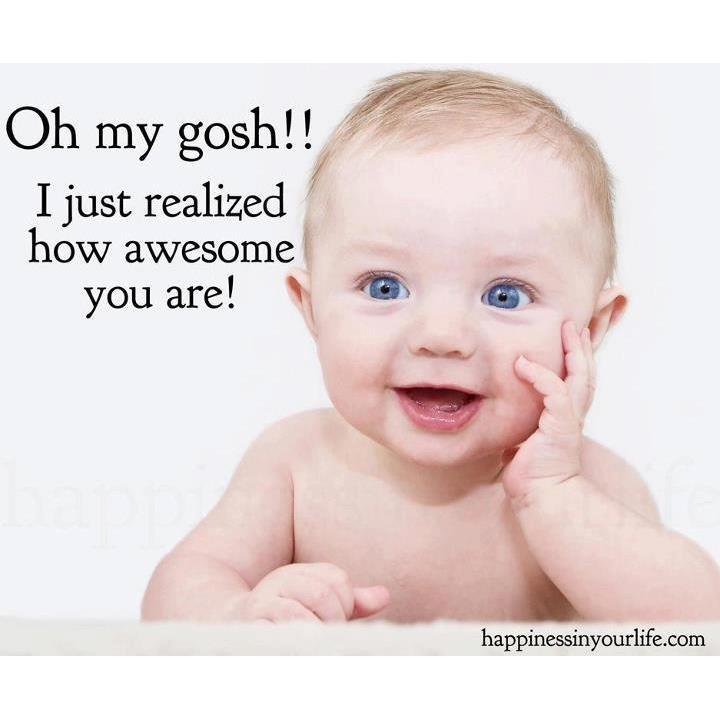 LOVE THIS PICTURE!  It’s a bit like I think of God whenever he thinks of us, which is ALL THE TIME!  How beautiful!  Every couple posts on this website I share an excerpt from my book, “Beyond Humpty Dumpty: Recovery Reflections on the Seasons of Our Lives.”  I include this one on ‘Spiritual Experiences’……. 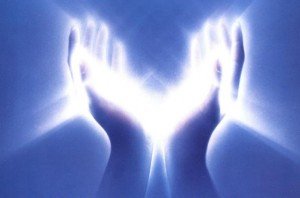 The topic of my AA meeting yesterday was “Spiritual Experiences.” The chairperson wanted others to share stories about enlightening experiences they have had in their recovery. She went on to say, “If that is too much to share, a second topic can be sponsorship.” The group found out at the end of the meeting that the reason she chose the topic was due to something spiritual she had experienced the week before and wanted to share it with us.

Most of the sharing during the meeting could be summarized as: “I’ve had a couple of things happen to me that might be called a spiritual experience, but the greatest experience for me is being sober today, which is a true miracle!” All agreed, even though many seemed to be hoping for bright lights, angel visitations, and audible voices telling them what to do next. A freeing expression came to my mind and I smiled: “Sometimes the most spiritual thing you can do for yourself is to get eight hours of sleep!” 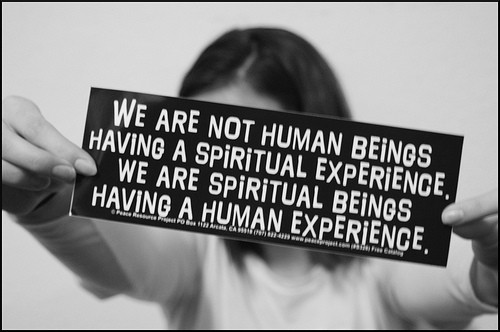 For me, the most beautiful part of all the sharing was simply being reminded why I am here: To love God and to love others. Two members in particularly shared that in a powerful way. One woman said she felt like dirt at the lowest point of her using and kept crying out to God, asking why she was still here. Her Higher Power simply responded, because I love you. Then a guy shared that he had always wondered what his purpose in life was, until this past week. His friend was in a life-and-death situation. He prayed, and words came out of his mouth that were not his own which greatly helped his friend. Now he feels on top of the world. He went on to say: “My life is still messed up, but I know now why I am here—to help others!”

I thought to myself, “Yes, this is so simple! Why does the world make it so complicated and mysterious?” I think one answer to this question is that the truth of why we are here is so obvious that people either do not want to do it, or do not have the power to do it, so they make it complicated and beyond knowing. Why do we think we have to know a specific purpose for life or destiny or whatever, when the two greatest commandments are: 1) loving God (as we understand God); and 2) loving our neighbor as ourselves. 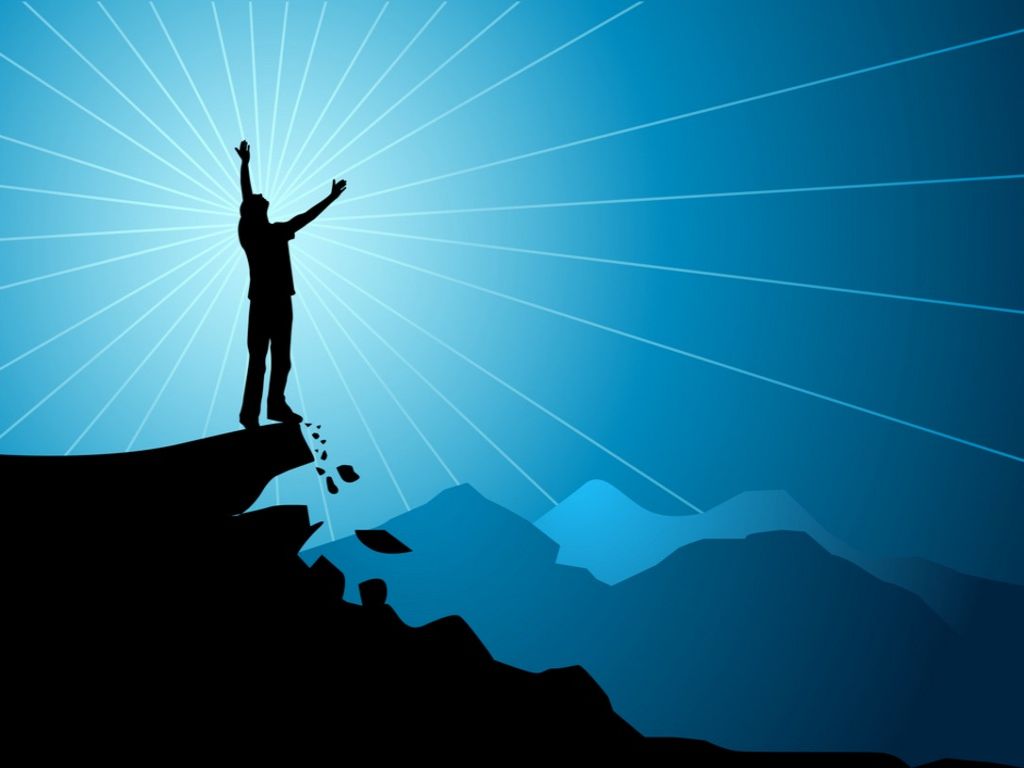 One member shared from her Big Book the spiritual story of Bill W., who graciously received a visit from an old friend whom he thought had been “committed for alcohol insanity.” This friend called Bill up, came over, and sat with him at his kitchen table—a walking miracle! Bill writes:

But my friend sat before me, and he made the point-blank declaration that God had done for him what he could not do for himself. His human will had failed. Doctors had pronounced him incurable. Society was about to lock him up. Like myself, he had admitted complete defeat. Then he had, in effect, been raised from the dead, suddenly taken from the scrap heap to a level of life better than the best he had even known! That floored me. It began to look as though religious people were right after all. Here was something at work in a human heart which had done the impossible. My ideas about miracles were drastically revised right then. Never mind the musty past; here sat a miracle directly across the kitchen table. He shouted great tidings.